Information Regarding The Webster Technique and The Bagnell Breech Turning Techniques

In the Webster Technique, sacral (tail bone) misalignment causes the tightening and torsion of specific pelvic muscles producing uterine constraint which prevents the fetus from assuming the head down position. The Webster Technique is defined as a specific chiropractic analysis and adjustment to reduce sacral misalignment and facilitate balance in the pelvis and associated muscles Chiropractic Physician who has been trained in this technique.

In the Bagnell Technique, in addition to sacral subluxation, it has been found that misalignment of the Pubis Symphysis plays a major role in causing pelvic distortion and uterine constraint. Since both Round Ligaments attach into the tissue of the labia majora, it has been found that a taut Round Ligament will cause one of the pubic bones to subluxate superiorly which needs to be corrected to facilitate pelvic balance. This technique has been found to be 95% successful in the 12 patients that had participated in the latest research study.

In either case, when the pelvis is distorted and misaligned, these ligaments spasm and contract which in turn causes uterine tension and spasm, which when present does not allow the fetus to turn into a vertex position, thus causing breech, transverse, oblique or posterior presentations. 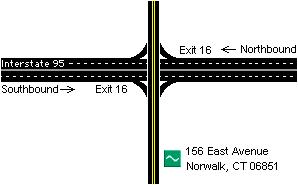